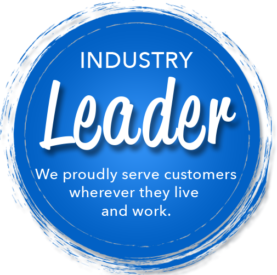 In August of 2006, Jonathan Barnett founded Oxi Fresh Carpet Cleaning. He started with just one location in Denver, Colorado, but in less than six months the company had expanded to 17 locations in five states.

As Oxi Fresh grew, we knew it was important to protect our brand. In 2007, we received the registered mark for our logo, the name Oxi Fresh Carpet Cleaning®, and the phrase “The Way Mother Nature Cleans®.” This year was also the first time we offered upholstery cleaning as one of our core services, allowing us to better take care of our customers. By the end of 2007, Oxi Fresh had grown to 87 territories in 23 states.

The first years of a company can always be challenging, but Oxi Fresh pushed forward and continued to grow and develop. We expanded our service portfolio again, adding tile and grout cleaning to our service list. Oxi Fresh also acquired the toll free number 1-877-OXIFRESH, which is available for use by all franchisees and is used in national advertising campaigns.2008 was also the year Oxi Fresh first received the results from a survey of its franchisees by the Franchise Business Review. The FBR asks franchisees how they would rate their experience with their company. In 2008 Oxi Fresh earned the #13 rank in the Small Business category and the #10 spot in the Cleaning and Maintenance category.By the end of 2008, Oxi Fresh Carpet Cleaning had grown to a total of 145 territories in 38 states.

This was a great year for Oxi Fresh. In only our third year as a company, Entrepreneur magazine named us in the Franchise 500, a list of the top franchised companies in North America. Overall, Oxi Fresh came in as #308, and we were also included in several other major categories. We were ranked as #19 for Top New Franchises, #68 for Top Low Cost Franchises, and #85 for Top Home Based Franchises.Oxi Fresh also received its second consecutive Franchisee Satisfaction Award from Franchise Business Review; this time we were ranked #2 among Mid-Sized Companies and #3 in the Cleaning and Maintenance category! In 2009, we also received the registered mark for “The World’s Greenest Carpet Cleaner®,” and became members of the U.S. Green Building Council and the Worldwide Cleaning Industry Association.By the end of 2009, Oxi Fresh had expanded to a total of 196 territories in 44 states.

In early 2010, we launched our new website along with a state of the art Customer Relationship Management system. The new software allows franchisees to manage their schedules, track returns on marketing dollars, complete payroll, and take care of their customer database through one easy system.Entrepreneur magazine again included us in the Franchise 500 as their #391 Top Franchise. We were also ranked #9 for Top New Franchises and #30 for Fastest Growing Franchises. The Franchise Business Review again placed us in their Top 50 Franchises for franchisee satisfaction, this time at #7 overall and #4 in the Cleaning and Maintenance category. Finally, we were ranked #9 in the Franchise Times Fast55 – a list of the fastest growing new franchises.By the end of 2010, Oxi Fresh had 223 territories in 44 states.

In 2011, we held our first national national convention, established the Franchise Advisory Council, developed new marketing materials and photos for our franchisees,  and created our franchising website.In the FBR’s 2011 Franchisee Satisfaction Awards, Oxi Fresh ranked #29 in the highly competitive Large Systems category and #9 in the Cleaning and Maintenance category. Oxi Fresh was again ranked in Entrepreneur magazine’s Franchise 500, jumping up 265 spots to be ranked #126. We also earned the #3 spot for Top New Franchises, #63 for Fastest Growing Franchises, #26 for Top Low Cost Franchises, and #34 for Top Home Based Franchises.For the fist time, Oxi Fresh was recognized in Inc. magazine’s Inc. 500|5000, an annual publication that ranks the fastest growing, private companies in the United States. We were placed #1525 overall, #80 in Consumer Products and Services, and #33 for Denver Businesses.Oxi Fresh ended the year with 227 territories in 43 states.

Oxi Fresh's 2012 was focused mainly on giving its franchisees great new tools that they could use to help expand and strengthen their businesses. The company created new business management systems, improved training materials, email marketing, the online quotes feature, and did much more.In 2012, Oxi Fresh also won numerous awards. Entrepreneur ranked the company as #135 in the Franchise 500, #30 in Home based Franchises, #19 in Low Cost Franchises, and #62 in Fastest Growing Franchises.In the Franchise Business Review's Franchisee Satisfaction Awards, Oxi Fresh earned the #44 position and was ranked #11 in the Cleaning and Maintenance category. Inc., in the annual Inc. 500|5000, ranked Oxi Fresh as #3500 spot overall, #178 for Consumer Products and Services, and #66 for Denver Area Businesses.At the end of 2012, Oxi Fresh had 234 territories in 44 states.